LAWYERS AS ADVOCATES FOR DOMESTICATION OF INTERNATIONAL TRADE AGREEMENTS 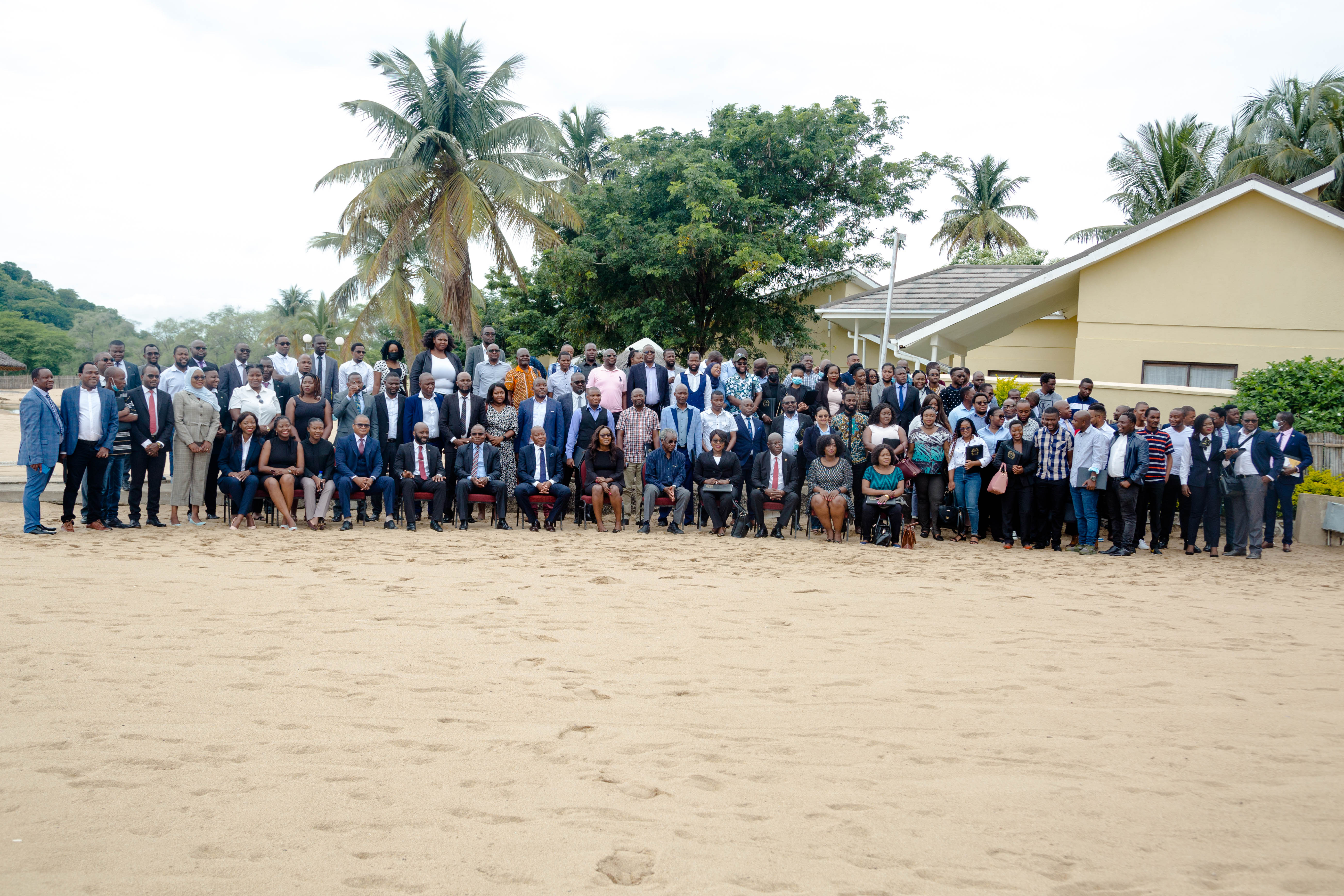 Lawyers who attended the MLS Annual General Meeting and Conference have been urged to advocate for domestication of international trade agreements that forster economic growth for Malawi.
Keynote speaker at the AGM Mr Brian Chigawa, Former Director of legal and corporate affairs(COMESA) said as a fraternity that stands to uphold the rule of law this should also be extended to upholding trade agreements that are ratified by Malawi.
Mr Chagawa challenged the legal practitioners to give interest on how they can defend the interests of the nation in implementing the various trade agreements that Malawi has signed to achieve the 2063 agenda. 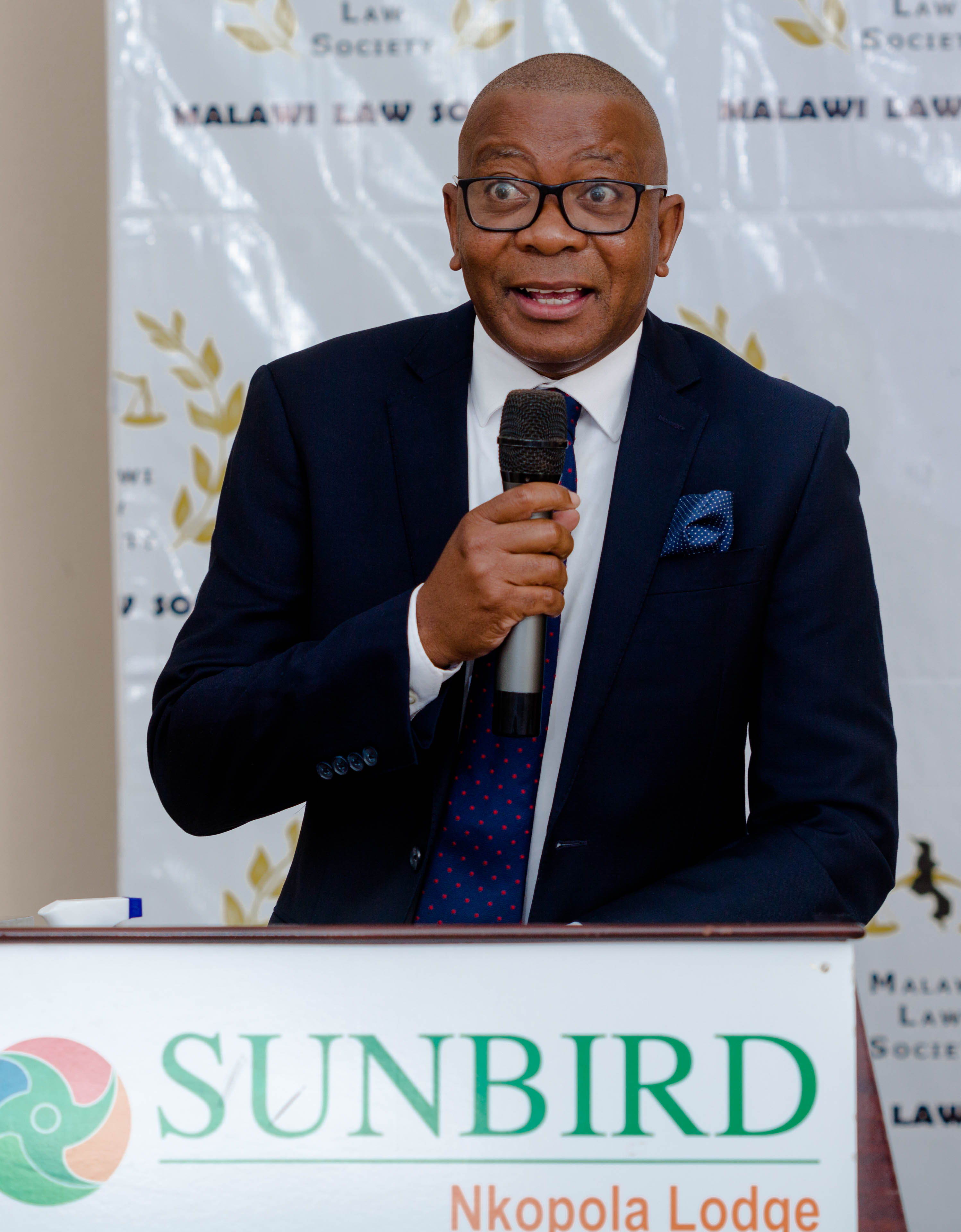 The day also had reflections from senior members of the legal praction with Senior Counsel Khrishna Savjan who started practicing law in 1970 and advised the lawyers to always aim to do their best and think of their clients first.
Continuing with the reflections, Senior Counsel Mordecai Msisha shared on the need to treat every client with a fair perception without being judgemental. 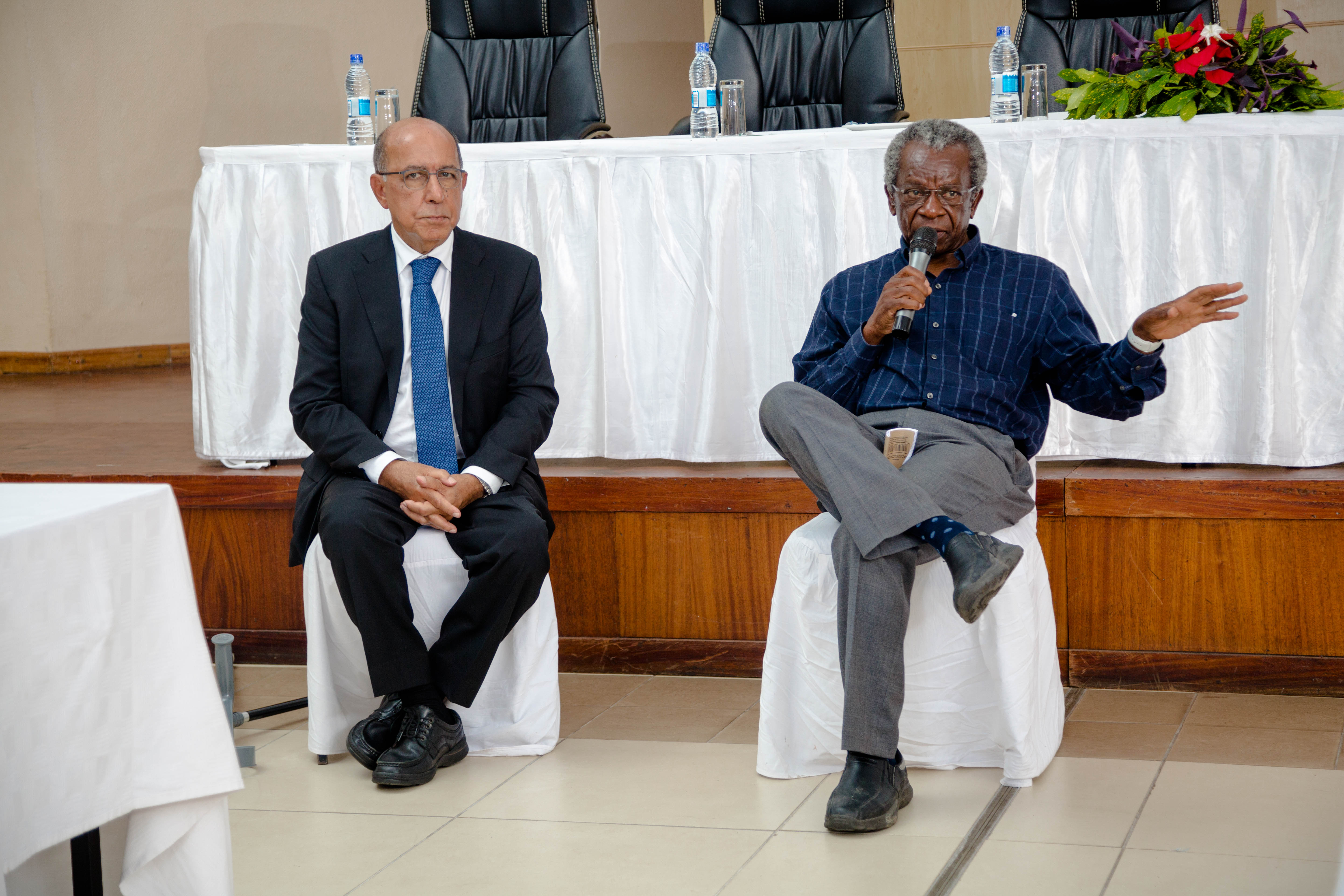 Presentations were also shared on the Potential Effects of the African Continental Free Trade Area on the Malawi Economy, The Process of Regional Integration and the Role of the Legal Profession, Revitalisation of the SADC Tribunal: A tool for Achievement of an economically and politically intergrated area.
In closing, Malawi Law Society President Mr Patrick Mpaka called on members of MLS to uphold ethics and rule law in their conduct.
The president stressed that everything that happens in th country and the world at large is premised on the law therefore those tasked to practice law should do it with integrity. 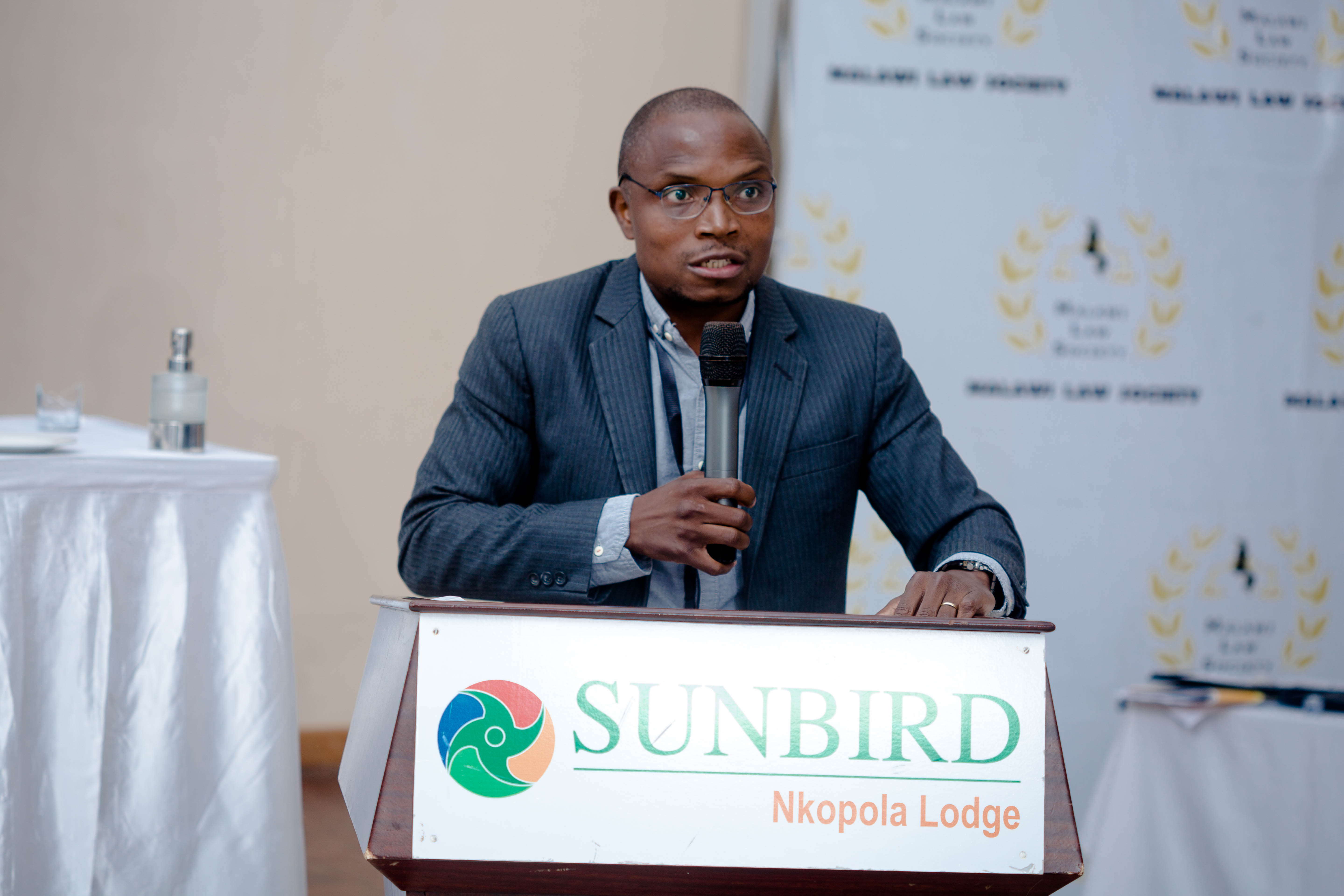 Mr Mpaka added that "It is gratifying that through our 2021 AGM Resolution adopting the Strategic Plan we collectively chose to focus our attention on building an MLS that is the most respected legal service professional body of female and male lawyers who make Malawi rule of law compliant."
Among the highlights at the event were awarding of medals of honour in recognition of service to the legal profession to Mr Khrishna Savjan SC and Mr Modecai Msisha SC.
The conference and AGM was held from 17th to 19th May 2022 under the theme Law, Sustainable Development the African Single
Market: Towards the African Agenda 2063 and the Malawi Vision 2063.
Published in News
Tagged under
Read more...
Wednesday, 23 February 2022 20:41

Day 1
Participants at the Inaugural Malawi International Commercial Arbitration Seminar that took place in Mangochi,Malawi were urged to have international impact in arbitration.
Speaking during the opening ceremony on 26 January 2022, a representative of the attorney general, Mr. Alfred Majamanda-LLM(Commercial Law) said through the knowledge gained from the seminar, law practitioners should advance the interests of the bar while preserving interest of their clients not only at national or regional level.
Advocate Michael Kuper from The Arbitration Foundation of Southern Africa-AFSA said disputes in the SADC region should not require to outsource arbitration expertise from other continents.
Advocate Kuper added that the seminar is the starting point for Malawi and SADC to standout on issues that require international arbitration.
As the host, Malawi Law Society President, Mr Patrick Gray Mpaka added that there is a desperate need to open up to the best use of arbitration in resolving disputes.
After the opening ceremony the seminar had presentations on Defining International Commercial Arbitration by Mr Paulman Chungu from Rancho Chungu Associates in Zambia, The Newyork Convention on Arbitration and The Key Principles in International arbitration presented by Arbitrator Susan Mutangadura from The Arbitration Chambers, Zimbabwe. 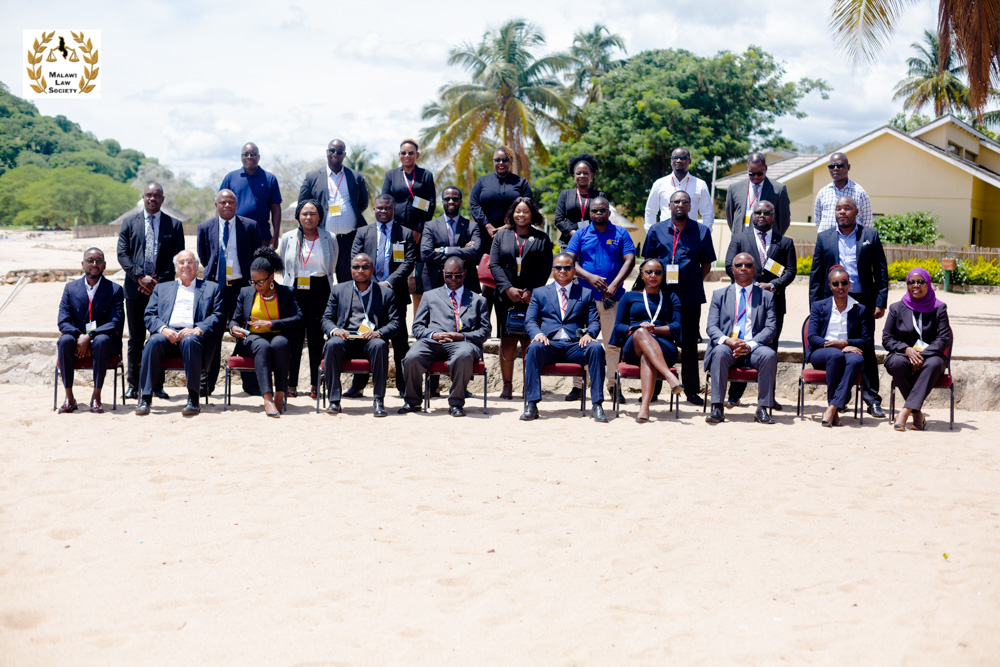 Day 2
The second day,27 January 2022, had a pannel discussion focusing on requirements and techniques in writing a valid award as well as the challenges that may follow the enforcement of the award.
Presentations were also shared on the roles of the courts in international arbitration and how Malawian courts intervene in arbitration. 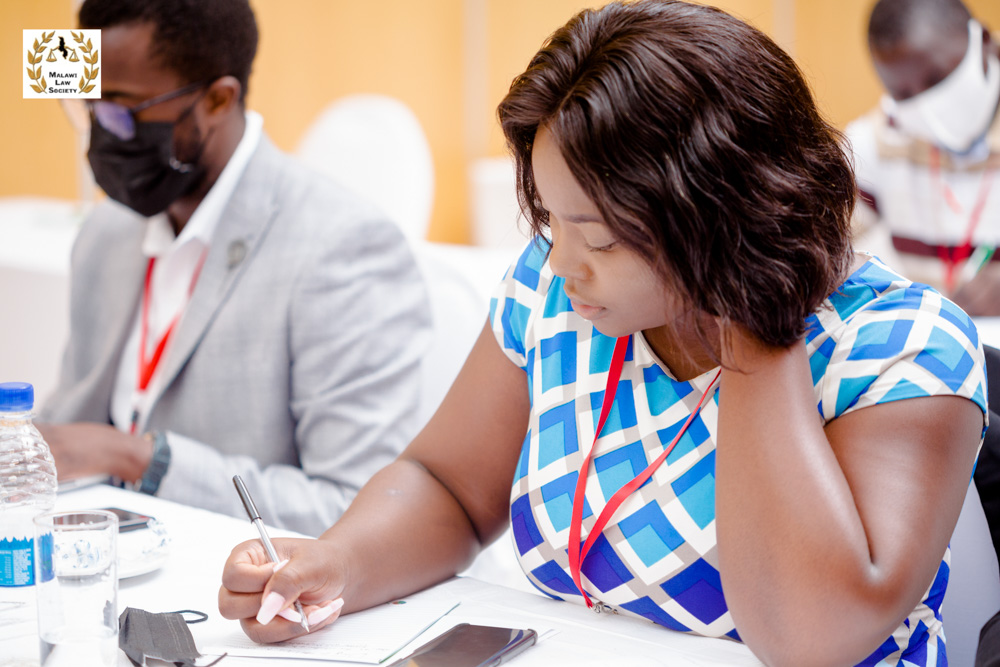 Day 3
During the closing ceremony on 28 January 2022 Malawi's Attorney General Thabo Chakaka Nyirenda affirmed government's commitment to domesticate the Newyork Convention on Arbitration to promote international arbitration and make the country more conducive for business.
The Attorney general added that this will make alternative dispute resolution favourable to compliment the courts particularly on commercial disputes. 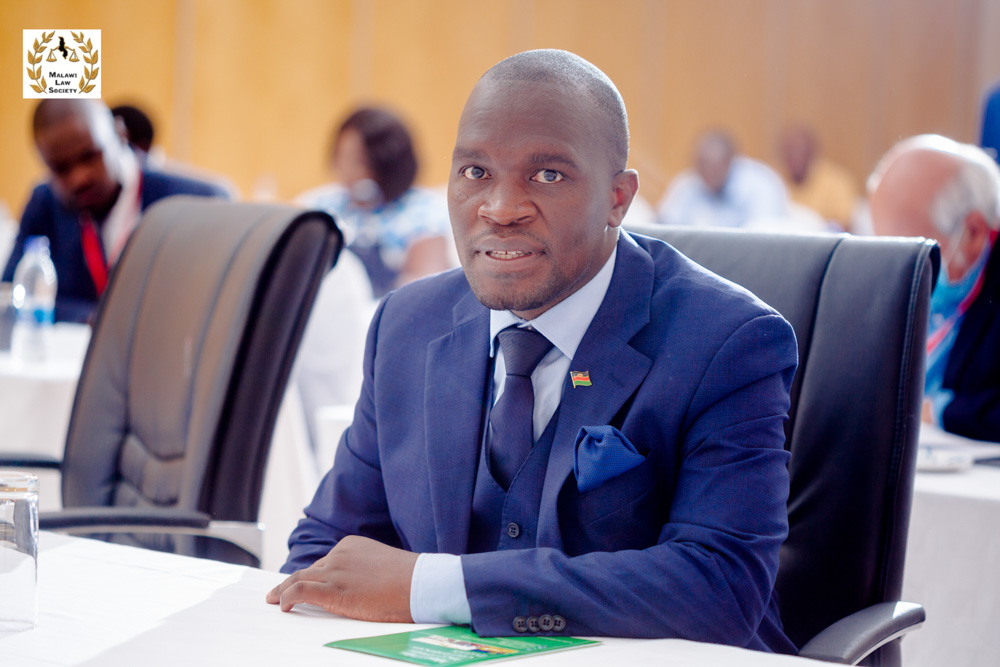 Advocate Michael Kuper urged law practitioners through the Malawi Law Society to propagate and involve themselves in the process of creating credible arbitration structures.
The seminar was organised by Malawi Law Society, SADC Lawyers Association and AFSA. The Seminar had over 130 participants attending physically and virtually. 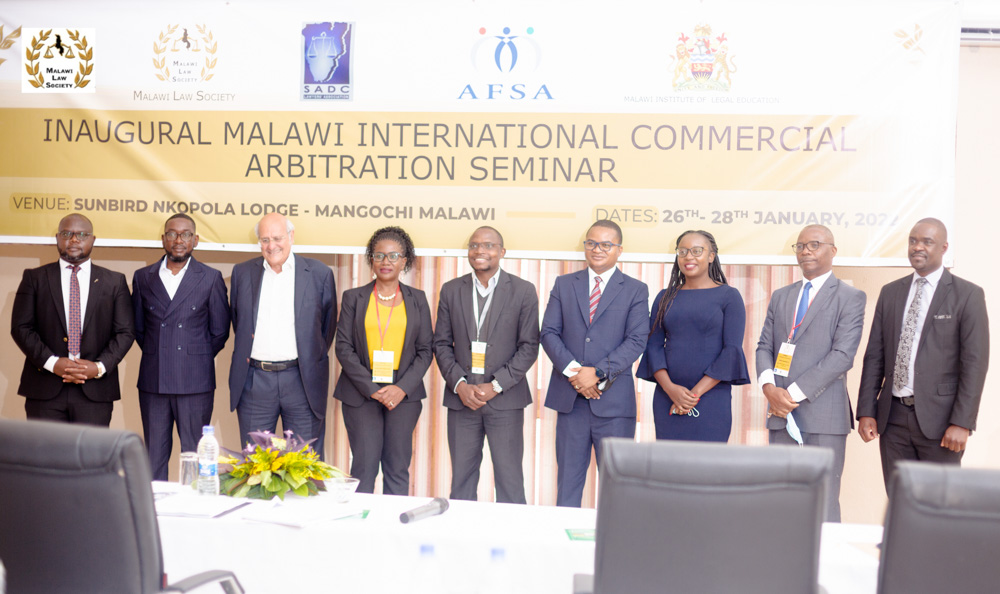 On Friday 17 December 2021 Malawi Law Society held the last CPD meeting for the year 2021 in Zomba.
The theme for the CPD was on life skills for an effective professional life. To enhance well being of it's members MLS organised presentations on Mental Health, managing stress & overcoming burn out, Managing emotions and soul attachment (addiction) and Tips on money management & preparing for a life after lawyering.
One of the presenters Dr Nunga Kamau highlighted the importance of being self aware in terms of managing stress and work pressure for these not to have a negative effect on a lawyers well being which in turn affects their professionalism. 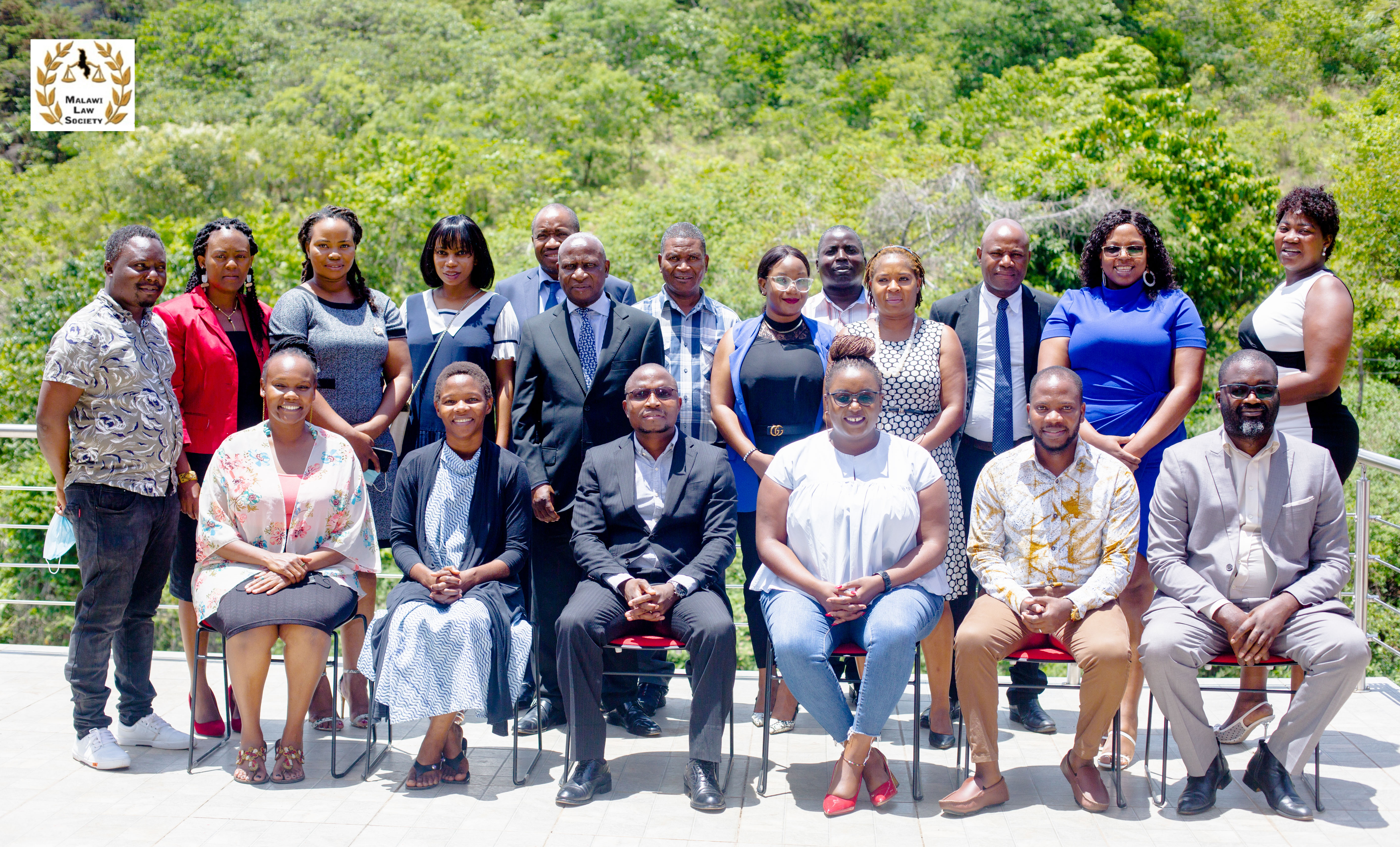 "There is need to have healthy ways of letting out the stress that comes with a highly competitive profession such as practicing law and seeking professional help once mental health issues are identified" shared Dr Kamau.
Talking about retirement Mr. Simon Itaye urged members of the Malawi law society to develop their retirement plans and make financial investments from the on set of their carriers in order to live a comfortable life even after retiring.
Here is a link to the video recording of the CPD:LIFE SKILLS FOR EFFECTIVE PROFESSIONAL LIFE
Published in News
Tagged under
Read more...
Sunday, 19 December 2021 17:51

Understanding laws on financial crimes, a lawyers call.
On 27th November 2021 Malawi Law Society in partnership with Malawi Institute of Legal Education held the 8th of its Continuous Professional Development workshops for the 2021-2022 calendar, in Salima.
The CPD was held under theme Financial Crimes Management: Walking the talk.
In his remarks MLS president Mr Patrick Mpaka said lawyers should consider to be in positions of privilege to protect public finances and use the financial crimes act.
“To improve practice on crimes cases, the criminal practice division was created to create a platform to share knowledge on similar cases that members of the MLS come across for them to have a better understanding of how to use the laws on various crimes including financial crimes” shared Mr Mpaka.
One of the presenters Dr Jean Priminta who is Chief State advocate and Head of the asset forfeiture unit, stated that it is still a learning process for all stakeholders in handling issues to do with financial crimes such as money laundering and implications of Money laundering hence the need for more training on these laws for members of the MLS.
The CPD also included presentations on public finance management and emerging trends: preparatory hearings and emerging trends by Mr Kamudoni Nyasulu and Serious Fraud investigation, criminal investigation powers by Mr Dan Daka from Malawi Revenue Authority tax investigation department.
In line with restricting physical participation as a covid-19 preventative measure the CPD also had virtual participants to the CPD.
Here is the link to the video recording of the CPD: FINANCIAL CRIMES MANAGEMENT-Walking the Talk
Published in News
Tagged under
Read more...

This email address is being protected from spambots. You need JavaScript enabled to view it.